"Earn what you deserve!" 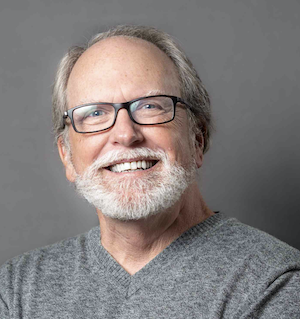 And that’s good, because hard work and occasional boredom are absolute hallmarks of what financially successful interior designers are willing to do to achieve their long-term goals and as I say to all of my interior design coaching clients, “earn what you deserve.”

I often find it helpful to draw a parallel to great athletes and asked the question why more interior designers don’t “practice” the business skills that will be the determining factor between their success or failure. They wouldn’t think of learning tennis or golf without a coach and lots of practice, why do they think they can learn essential business skills without some effort?

You’ve no doubt competed in some sport in your lifetime, whether it was in middle school or well into adulthood. You have a basic cause and effect understanding between practice, perseverance, and performance. As with interior design, natural talent also plays a role, but practice and dedication can bring the C talent up to a B+ or even an A- level.

So let’s mark down practice—thousands of hours of practice—as a key to success. And let’s ask the question, If practice is the key to success, why don’t we hear more about “practicing” when it comes to business? Why do so few interior designers ever really “practice” their presentations in advance of giving them? Why do they not call their teams together and practice how they will handle problems and surge periods? Why do they not practice using new technologies in order to get more out of them?

If you want to be the best at something, you’ll practice it. And if that practice is sometimes painful, mind numbing or boring, you’ll accept that as the price you are willing to pay. It’s truly what will separate you from others, more so even than talent.

Of course great athletes not only practice the mechanical aspects of their sport, but also the mental aspects which can be every bit as important. No one would invest those thousands of hours of practice without a constant assumption that the work was leading to something, usually something very specific. As a former Olympic trial competitor myself, I know that even in the offseason, even while putting in mundane miles or lifting boring weights, the image of standing on a winner’s stand was always in my mind. Cause and effect. Practice and goals…

If you can think back to the last summer Olympics in Brazil, the spectacular American swimmer, Katie Ledecky has much to teach us; she is arguably the most dominant athlete in the world. The proof is that she has never left the pool in any international competition without winning the gold medal. She wins many of her races not by fractions of seconds, but by such great distances that the television cameras have trouble keeping the other swimmers in the picture frame with her!

She not only practices hard, but she practices differently. And we might as well begin with that word—“work.” There is no other path to sustained success.

Here's a glimpse of a normal day for Ledecky:

• Eats two pieces of toast with peanut butter, plus a banana or apple.

• Goes to dry land training three days a week from 11 a.m. to noon.

Scratch the surface of any person winning the equivalent of a gold medal in their field, and you'll find a person who has put thousands of hours of effort into developing their skills. There are no shortcuts. There are no overnight successes. Everyone has heard about the 10,000 hours principle but few follow it ... except incredibly successful people.

One reason people fear to double down on work is that committing to one area forces us to ignore others. We often lack the confidence to commit to just one direction for fear of what we may be missing.

Yet there is a long history of successful men and women who have burned the proverbial ships. That is, when you cut off all means of escape, or all backup plans, your motivation to succeed goes up exponentially. Backup plans may reduce anxiety, but anxiety can be good…it can be a driver of getting over the humps that always seem to appear.

Commitment confirms even to ourselves, who we really are. Ledecky, for example, isn’t a woman who swims, and could therefore choose to do something else. She is a swimmer and has no other alternative.

Are you someone who is practicing interior design as long as it goes your way, or are you a designer inside and out, now and forever?

And Ledecky also knows her numbers. For Ledecky, the key number is something called “stroke rate.” It’s the 1.36 seconds that it takes her to complete a stroke, and unlike most other swimmers that swim at all different speeds during training, Ledecky always tries to maintain her championship stroke rate. That’s why it becomes second nature, a perfect and winning rhythm.

Why can she do this when others can’t? Because she practices it, relentlessly.

What are your key measures? That’s something I work on diligently with both my interior design coaching clients, and students in the Interior Design MBA Program.

Great swimmers like Ledecky are poster children for the importance of focus. The same swimmers that win the 50 meter race don’t win the 1500 meter race. And other than Michael Phelps, few swimmers dominate more than one stroke type such as freestyle or backstroke. That’s because they want to be the best and know that they cannot be the best at all things anymore than you can be all things to all people.

Like you need to do, Ledecky decided what she wanted to be and put every ounce of energy toward that effort. And she set very big goals, finding them more motivational.

One of my favorite quotes of all time is from an ancient Greek stoic named Epictetus. It goes like this: “Say what you would be, then do what you have to do.”

Pretty simple, right? Yes…but far, far from easy. Achieving big goals is never easy, but always worth it…and Katie Ledecky can show us the way, and that way is called hard work and practice.

Periodically, university professor and interior design business expert, David Shepherd, will add posts that are drawn from the content in these online courses, and/or his coaching and consulting case studies.